Government Leaders & Other Influencers:
Their Position On The Hospital

Listed below are people and links to others who are working FOR the Destruction Of Numerous Buildings as well as Historic Streets & Alleys - an entire historic district! Who wants to bulldoze downtown?

Perhaps the lead group is Mohawk Valley EDGE and it's Board of Directors are working to move Utica's hospital districts into downtown? Another group is the Mohawk Valley Regional Economic Development Council They too have voted to bulldoze Downtown Utica. We however say, "Not so fast!" And then there is a very suspect consultant Hammes Company

A newer group to emerge are these "Yes Businesses". They were pulled together by politicians - and their cronies - for more rounds of "astroturfing", it's all so very Contrived, even the Community Foundation jumped in!

Also recall the Region's 2015 Race For $500 Million, the MV500. In this plan two hundred-plus people signed-on as signators! How many knew there was a concept in their MV500 application to bulldoze downtown Utica? Do you know these people? We Had A Hand In Designing & Signed The MV500 Plan To Bulldoze Downtown Utica

For example, we believe 9-out-of-10 "Letters To The Editor" to the Utica Observer-Dispatch speak-out against a downtown hospital, yet small, insular, faction of executive board members have banded together to say they represent "community support", LOCAL GROUPS, ELECTED OFFICIALS EXPRESS SUPPORT FOR DOWNTOWN HOSPITAL LOCATION

Both the Utica Chamber and Genesis never allowed #NoHospitalDowntown to share our concerns with them. Area politicians and MVEDGE (and its executive board) are very closely aligned, as is the Community Foundation. Together they are all working to silence the voters and residents opinion. Why? 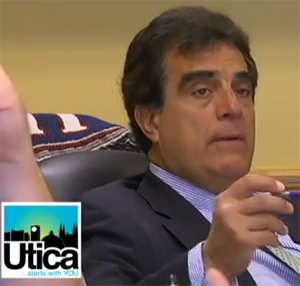 Statement, July 11, 2015: "Mayor Robert Palmieri has been lobbying for a downtown location. It fits in perfectly, he said... the timing could never have been better,” Palmieri said." 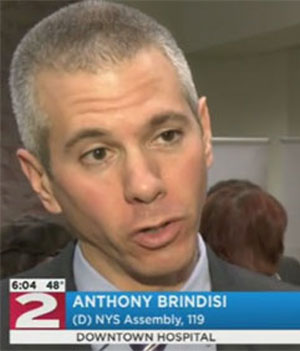 : Read Mr. Brindisi emails as he calls the uprising/members of the #NoHospitalDowntown group, "Idiots"...

Statement, October, 2, 2015: "I think it’s a tremendous opportunity for the area to have a new state-of-the-art health care facility that will replace two older existing facilities in the area, and having it centrally located in the downtown section will benefit businesses that are down there and help people that may lack adequate transportation"

Statement, April, 3, 2016: “A downtown hospital would be a win-win for the community because it would be centrally located and easily accessible by patients and their families. And it would boost economic development in the downtown region.” 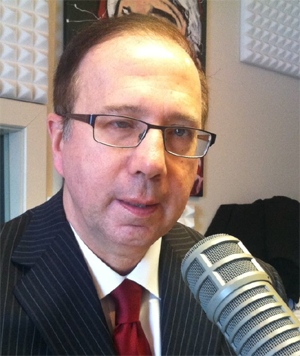 What we know: Both Mr. Griffo and Brindisi are credited with attracting the $300 million dollars, on September 30, 2015 they meet with the Utica Observer-Dispatch on the topic, read the article titled Political pals: Republican Griffo, Democrat Brindisi join forces

Statement, December, 20, 2017: At "Coffee with Joe", Griffo said to #NoHospitalDowntown that he "...worked hard to get the money, but wasn't going to get into the issue, I've other hospitals in my district that wanted this money, Oneida, Rome and Bassett..."


Dear @NYGovCuomo @NYSComptroller @SenatorYoung @GannettAlbany @ABrindisiNY Utica-area taxpayers want new hospital at St. Luke's. Meanwhile @SenGriffo says today, "I got the money, have other district hospitals to worry about, I'm not going to represent Utica in this." pic.twitter.com/j6BYy806MG 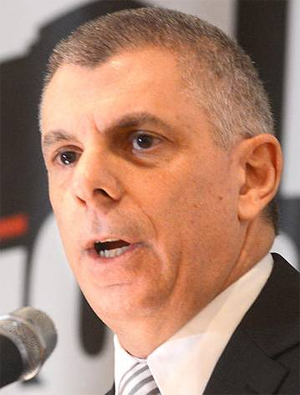 
Dear @AJPicenteJr could please inform us when we passed the point of no return? When did the debate start? pic.twitter.com/QBkvtQTUcP


... "An urban hospital setting is where the greatest needs are... in terms of people going there, in terms of the whole aspect of access to a community hospital, and one state-of-the-art-center in the urban center of a city does more to help than anything else too, so I think those are the intangibles that go along with it, as well."


"One Oneida Rising" mantra? Praise saving of some buildings/businesses, plan destruction of others? https://t.co/tVJW7OXrhd No support here! pic.twitter.com/aLTNc4teFu

Get to know Steve DiMeo, and the Mohawk Valley EDGE board.

This is clearly the "politicians' hospital"...

Looking back to October 2017, this video https://t.co/zd7V33mX7C shows that of the "regular" taxpayers/residents, none lifted a hand. Just three guys sitting off to the side supported (the yet to be named) #mvhsdowntown by @MVHealthSystem... pic.twitter.com/0DAip8b7z5

Statement April 18, 2017: The Greater Utica Chamber of Commerce supports ill-conceived concept of bulldozing downtown and pushing around 40+ businesses, without a clear plan or footprint. Our sources tell us they did not reach out to the entire membership, and the chamber repeatedly refused to allow #NoHospitalDowntown to share its view with the chamber board or membership.

Was happy to be a part of today's announcement by @UticaChamber that it's passed a resolution supporting #MVHS's downtown #Utica hospital. pic.twitter.com/TCIU8m3JGZ

The Chamber resolution says "The new hospital would support and enhance the revitalization of Downtown Utica and the entire Mohawk Valley Region." Why just our corporate elites and politicians, but no doctors, nurses, or medical professional? 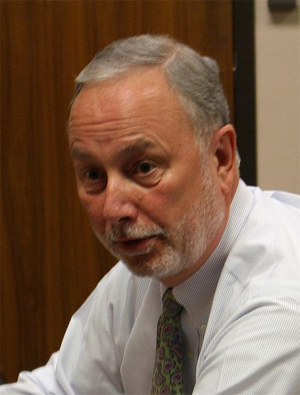 Statement : "It is truly a game-changer for our region... We recognize that a new hospital downtown can provide a catalyst for the revitalization of the City of Utica and the entire Mohawk Valley."

Statement, September, 23, 2015 : “This legislation provides an incredible, once in a lifetime opportunity for us to build a new, freestanding hospital for our community. It is truly a game-changer for our region.”

Mr Perra is paid very well, perhaps because he's able to be in two places at once? Watch the video as he speaks to the Utica Common Council on June 1, 2016. That's him, with the diagonally-striped tie a few rows back...

How can President/CEO Scott H. Perra be at the podium & in the audience? https://t.co/60dyeOFuOm Why are city hall tapes manipulated/edited? pic.twitter.com/4lZwqpkaYh

What other videos and perhaps documents get "doctored" in Utica City Hall? 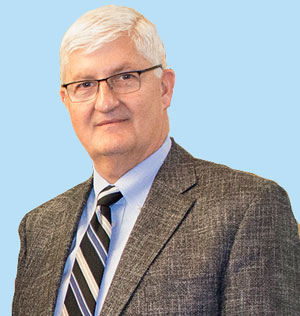 Read about an exchange between Mr. Scholefield and #NoHospitalDowntown Co-founder Brett Truett 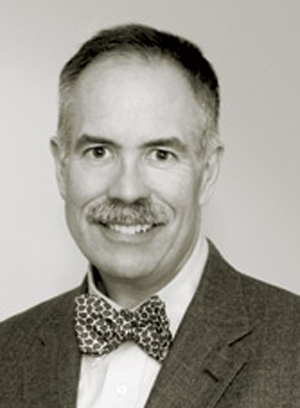 City of Utica Comptroller Bill Morehouse skipped #BattleForOurCity, but we caught up with him at a coffee shop the very next morning...

Perhaps all these taxpayer-funded concepts have gone to Bill's head?

Common Council member Joe Marino... so much to say, but that will take a lot of time. So first off, Mr. Marino states he wants the voters to have a say on expenditures, but that's on a paving project...

Yet Marino charges ahead without voter input on the massive downtown hospital concept. More on Joe later...

July 13, 2016 - City of Utica Common Council Disingenuous! Here in Utica, Taxpayers told they might get a chance to vote on a $15M paving program Yet not only did the Common Council vote "Yes" unanimously for a $300M hospital without any plans, they don't feel complelled to have taxpayers informaed or part of the hospital's site selection conversation!

Yet we have hope! Just like this failed paving program, which paves all roads in fifteen years (while roads only last 5-6 years!), their Downtown Hospital - a.k.a. "Fiasco General" - will collapse on it's own very sad and silly "no plans, no reports, and just bad execution" weight!

Watch the bad leadership in City Hall playout, follow Joe A Marino and his tweets @JoeUtica4

Meet Scott Murray Loves The Downtown Utica Hospital Concept, but why? At 20 years of age and only an area resident since 2006, what's his expertise?

Here's another business owner seems excited for a future where Downtown Utica is bulldozed He is also a MVHS Board Member. We're concerned because so little is known about the concept and he "thinks" it could work, and is our only chance to make health care better.

A local architect who's also on City's Scenic & Historic Commission, he seems to believe it's okay to bulldoze our historic Downtown Utica urban street grid and buildings It seems very odd, but he also just might have a contract with the hospital and or it's architects, we're checking on that...

#NoHospitalDowntown is in the process of seeking all city, county, state, healthcare, media and other influencers for their position on the Downtown Utica hospital concept. Are they:

Until we hear otherwise those listed on these pages are known supporters, individually, and or by way of the affiliation(s) they've accepted. More people who would bulldoze Utica in coming days, weeks and months ahead.

If you have a question for us on this topic, please email #NoHospitalDowntown