Sadly Anthony Brindisi‏ is in the group that supports Bulldozing Downtown Utica For A 5th Hospital District. Answers to questions were bad, multiple meetings and it was always "too early to answer". Our frustrations inspired this cartoon...

Then we discovered Assemblyman Brindisi Didn't Want Public Opinion, And Called Us Idiots!

April 30, 2018 - Brindisi says its okay to challenge leaders, listen in on Anthony Brindisi on Spectrum Bills and No Hospital Downtown (Minute 3:05 to 5:20). Also states okay to have an open debates over projects, but that NEVER happened! In fact he prevented it...

"Eventually, this will hit mainstream media so we should discuss how to combat this. I know Ray wants us to be low key on location but I don't want public opinion derailing this." Anthony Brindisi, September 01, 2015

April 21, 2018 - Have we not witnessed other New York Politicians going to jail for private email use? Consider, ...Cuomo officials via personal accounts 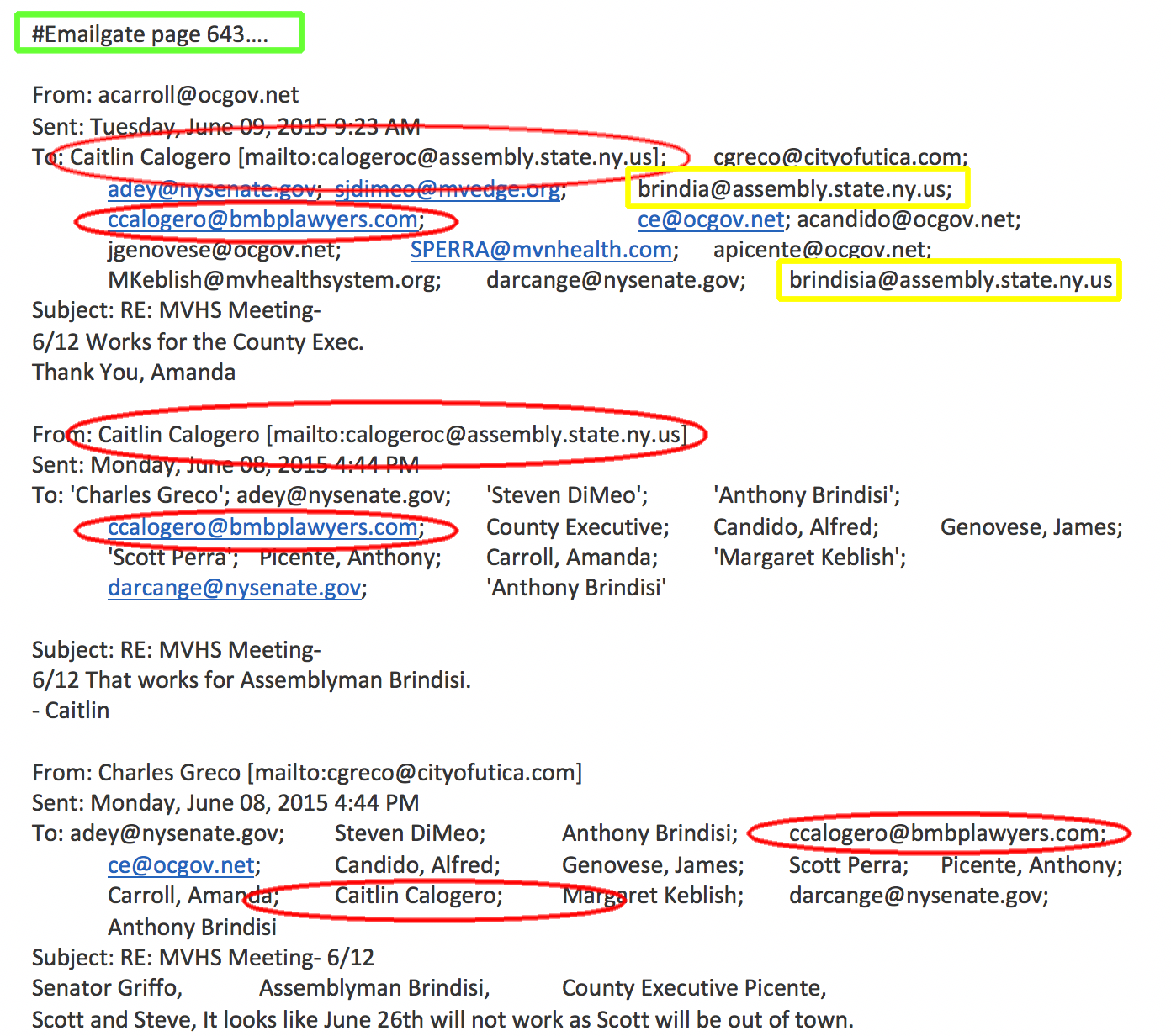 From the first revelations about the downtown hospital controversy, Anthony Brindisi has insisted that the decision to put the hospital downtown was the MVHS board’s decision. Now he is claiming it was "expert opinion" despite his own emails stating the opposite. Why lie?

A single resident starts a Facebook Project to oppose the political decision after hearing from concerned doctors/board members. Group grows to over 4,000 and now, three years later, is this debacle almost over?

We will be watching as Mr. Brindisi plans a run for United States Congress. His congressional seat opponent, Claudia Tenney, is not in favor of the downtown hospital, and we believe that's true of would be Brindisi supporters as well.