First the Utica Police Department (UPD) is in, then UPD is out, then they're in, and then they're out. Next we're reading a newspaper story suggesting, "the Utica Police Station is just too old and way past its useful life." It that true? May the public see the studies?

Then there's the adjacent City of Utica Court facilities. Honestly, even the MVHS hospital administration probably doesn't even know the full truth! Does anyone? Our sister group, #BetterUticaDowntown, has a Utica Police Department page too.

A new Utica police station may not be feasible. Hear from @MayorPalmieri after UPD Chief Williams shared possible relocation sites & the estimated cost of a new law enforcement headquarters. https://t.co/2m3peNLzlw

Or is this only a planned signal for Oneida County Executive Picente? A coordinated signal whereby he'll respond with, "Utica can fund a new police station as Oneida County will now fully fund the proposed "hospital" Parking garage?

June 25, 2019 - As we new from the Changing Maps, the plan was always to take the historic police station and new mainetenace garage...

The Utica Police Department is considering where its future home may be located--> the proposed hospital project is among the reasons for their interest to find a new location. #WUTR #WFXV #Utica #Police #LawEnforcement #NewYork https://t.co/aBp7ThMofh

Read more about all the Budgets surrounding the hospital Concept Called #MVHSdowntown.

March 8, 2019 - One can read the following from a newspaper article titled, State review for downtown hospital includes less parking...

Plans for a downtown hospital no longer include a parking lot on Oriskany Street where the garage is located, according to the final environmental impact statement for the project.

The Mohawk Valley Health System has downsized the number of surface parking spaces from about 1,100 to about 780 and will allow the police to use the maintenance facility until 2024, according to the document.

The 1,007-page final environmental impact statement was submitted by health system consultant O’Brien & Gere Engineers to the City of Utica Planning Board in February and posted on the city of Utica’s website on Thursday.

In response to a comment by Common Council President Michael Galime on the city’s lack of a plan to relocate the facility, the report notes the dire condition of the police headquarters building. The city is doing a feasibility study for relocation of the station and garage, it notes.

In @uticaOD this past week, another resident says no to @MVHealthSystem Downtown hospital concept. Bad for healthcare, bad for Oneida County / @CityofUtica tax base, bad for downtown redevelopment! pic.twitter.com/VUqCbhyXQ7

January 5, 2018 - Take a cue from NYC regarding police station

Recently in New York City I happened to walk by the police department’s 19th Precinct. Tucked tightly into a dense building-lined East 67th Street; number 153 is a beautiful 4-story brick building. It is reported to serve one of Manhattan’s most densely populated residential areas, the Upper East Side. Built in 1887, a website offers, “the station house was re-designated a landmark in 1998.” Soon after this trip, a story on Utica’s police station appeared in this newspaper. Online the paper offered a picture gallery. The story, pictures and their captions suggested to me that more housekeeping and organization was in order, and a poor testament for needing a new police station. Can anyone find a single building with “drop ceilings” that doesn’t offer “exposed wires” when ceiling tiles are pushed aside? Many very flimsy reasons have been offered as to why downtown Utica must be bulldozed for a hospital. Yes new buildings can be great and offer efficiencies, but where would they be located, what are all the costs, what are the returns on investments, and who would pay? As the downtown hospital concept moves forward look for “a few old building to be saved”, but not the police station nor courts, that’s where their second parking garage will be revealed. It is my belief that our police station offers many more productive years. Can’t help but wonder if the same is not true for one or more of our current hospitals. Brett Truett, Utica

December 10, 2017 - We had strong reasons to believe, that MVHS and MVEDGE seek to bulldoze both our Utica Police Station and City Court Building, here's the proof starting to leak-out... Inside the Utica Police Department’s aging station.

October 1, 2017 - Read the UticaOD's OUR VIEW: Plan to attend next hospital forum one reads...

"It also includes the current Utica police maintenance garage, but not the police station or city court.

May 27, 2017 - Story breaks about the Changing Maps of MVHS's downtown concept, in Will hospital impact Utica police station? Great question! There are so many more!

Consider - From the city "Micro Grid" study one may read, "2. Police Station Constructed in 1924.The building has a common electric service with the Court building. The building is provided with a Schlamberger electric meter and transfer switch. The facility has McQuay heat/cooling units and more than 50 pumps. The domestic hot water is supplied from a gas fired a 500 gal tank. The Police also has a separate car garage supplied with electric service from Police Station. The Garage has its own small gas fired heating unit."

This report also confirms; police Station is 30,000 sq. ft., and both the electric and gas are combined with the Court House systems. Also, "The City owns the Court House and the Police Station facilities." Further one learns, "The City Court has an emergency 100 kW generator operating on gas. Maintenance is provided by Kohler Power Systems. The generator is tested every week. The generator also serves the adjacent police station."

"Hot water from the Court plant is also supplied to the Police Station." 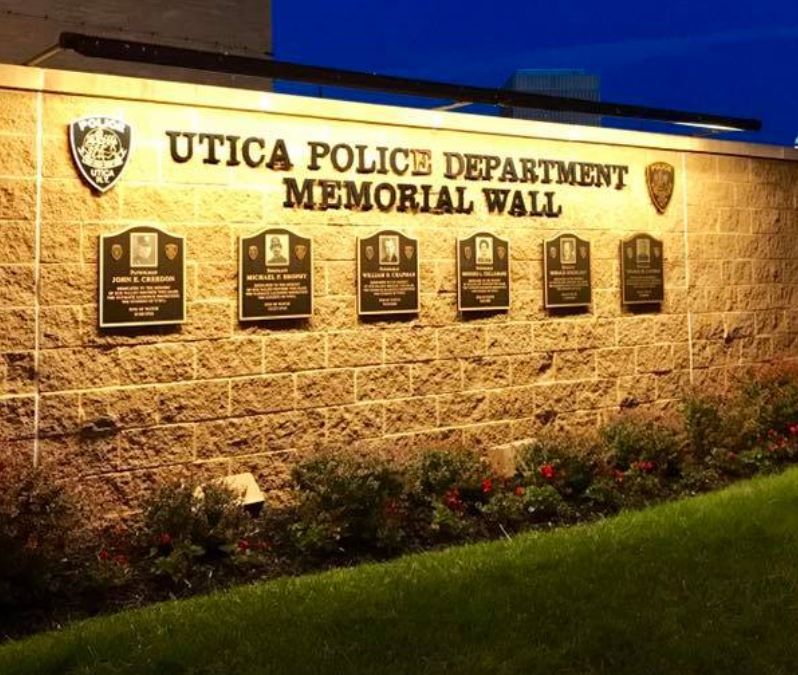