Below the image, read a text version of honest facts Darlene cannot utter. 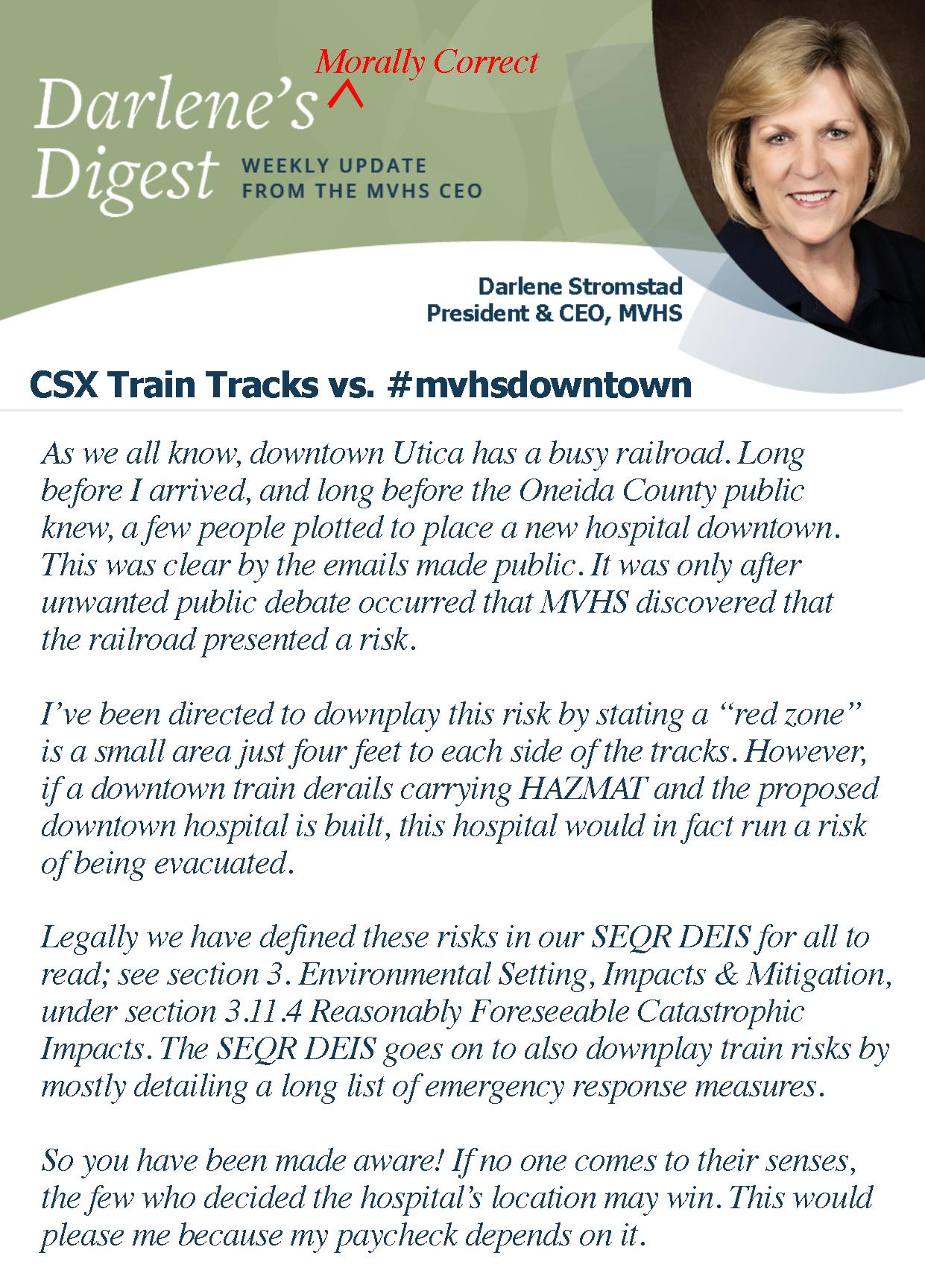 What Darlene Stromstad, CEO of Mohawk Valley Health System cannot say, we have written for her. If honest, here's what Ms. Stromstad would say...

As we all know, downtown Utica has a busy railroad. Long before I arrived, and long before the Oneida County public knew, a few people plotted to place a new hospital downtown. This was clear by the Emails made public. It was only after unwanted public debate occurred that MVHS discovered that the railroad presented a risk.

I’ve been directed to downplay this risk by stating a “red zone” is a small area just four feet to each side of the tracks. However, if a downtown train derails carrying HAZMAT and the Proposed Downtown Hospital called #mvhsdowntown is built, this hospital would in fact run a risk of being evacuated.

Legally we have defined these risks in our SEQR DEIS for all to read; see section 3. Environmental Setting, Impacts & Mitigation, under section 3.11.4 Reasonably Foreseeable Catastrophic Impacts. The SEQR DEIS goes on to also downplay train risks by mostly detailing a long list of emergency response measures.

So you have been made aware! If no one comes to their senses, the few who decided the hospital’s location may win. This would please me because my paycheck depends on it.

More on Risks of the CSX Tracks Vs. Downtown Utica Hospital Concept.

The Utica newspaper has also been very hypocritical too, read UticaOD Warns Of CSX Tracks.