August 16, 2018 - Citizens of Oneida County and Utica have kept the story of a proposed hospital hotly contested for three years. The newspaper has carried many stories, but the impression remains; the newspaper has people believing that "It is a done deal!", and "It's a good thing!" However, nothing could be further from the truth!

If one looks back at this same newspaper (see below), considers the realities of railroad safety, and where both hospitals and downtowns are headed in the future, then the

Especially when you consider the following...

Utica Observer-Dispatch, full front page story on March 13, 2007, as a freight train derails just down the tracks in Oneida, NY... 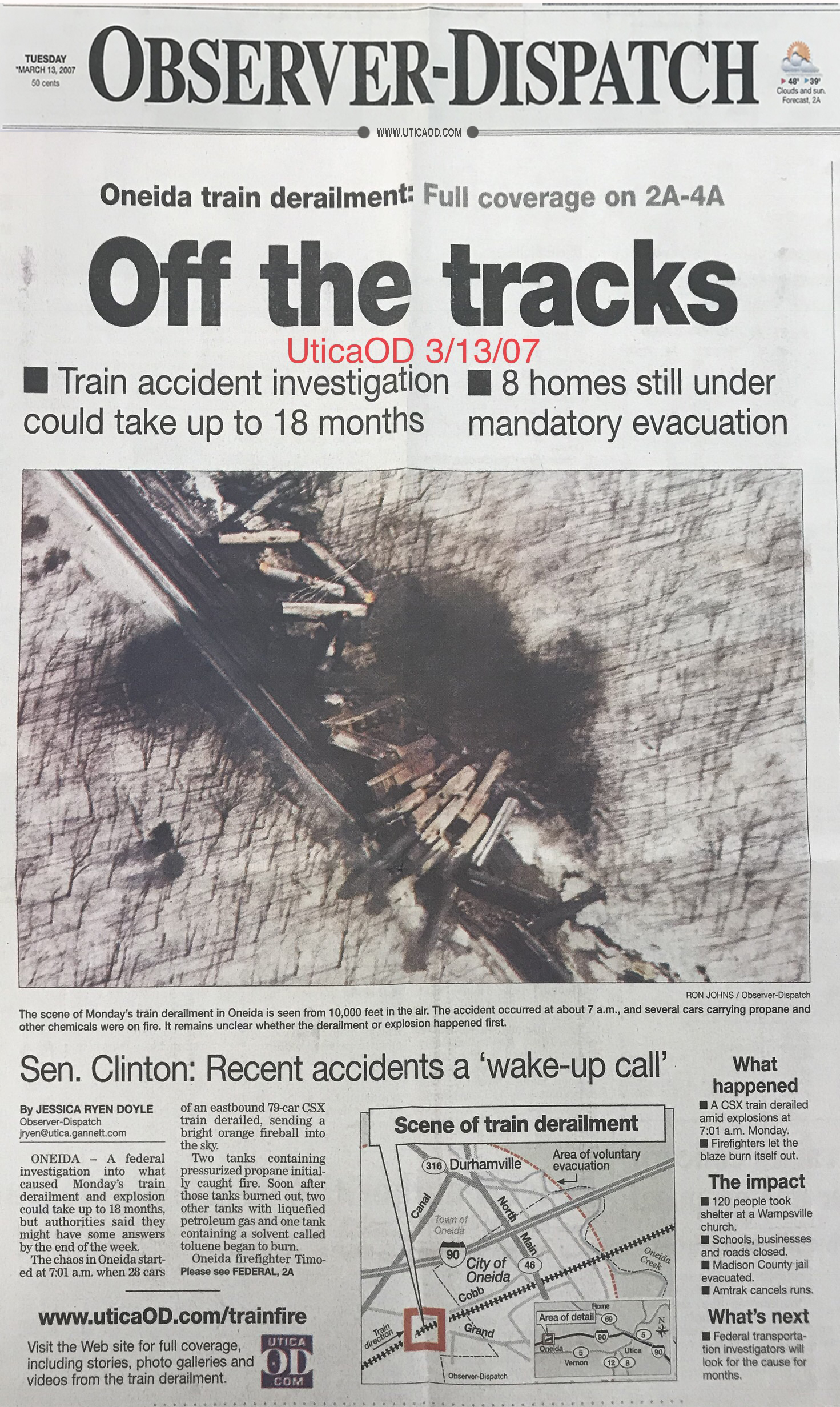 The Proposed Downtown Utica hospital site is much closer to the CSX mainline than the homes and businesses that were evacuated in Oneida.

The fact that Derailments in Upstate Are A Regular Occurance, combined with this Downtown Utica Train Derailment, means this should have been an "open and shut" case years ago. Please see More Research We've Offered, But Politicians Have Dismissed!

Then the newspaper's Editorial Board submits this Opinion Page on March 18, 2007...

Their warning above, the Oneida accident, and this Derailment in Utica are proof positive that Downtown Utica is not the place for our region's new hospital. More reasons posted at: Why Downtown Utica Is Not Right For New Hospital.

Read the resulting study by the National Transportation Safety Board Regarding Oneida New York accident, as well as Railroading Blog Discussing The Oneida New York Derailment / Explosion via Railroad.net