[ : Move cursor over red dots to display name of city/town ]

Use the above interactive track depiction. Red dots along the tracks illustrate cities and towns where Upstate trains have had derailments. Trains departing tracks are a fact of transportation history, see Comptroller DiNapoli Writes To Secretary Foxx.

Dots represent railway from Ripley, NY (first red dot at left), to Buffalo (B), and onto the Albany-area (A). Click on a red dots to view train derailment(s) that have occurred on this Upstate Route. 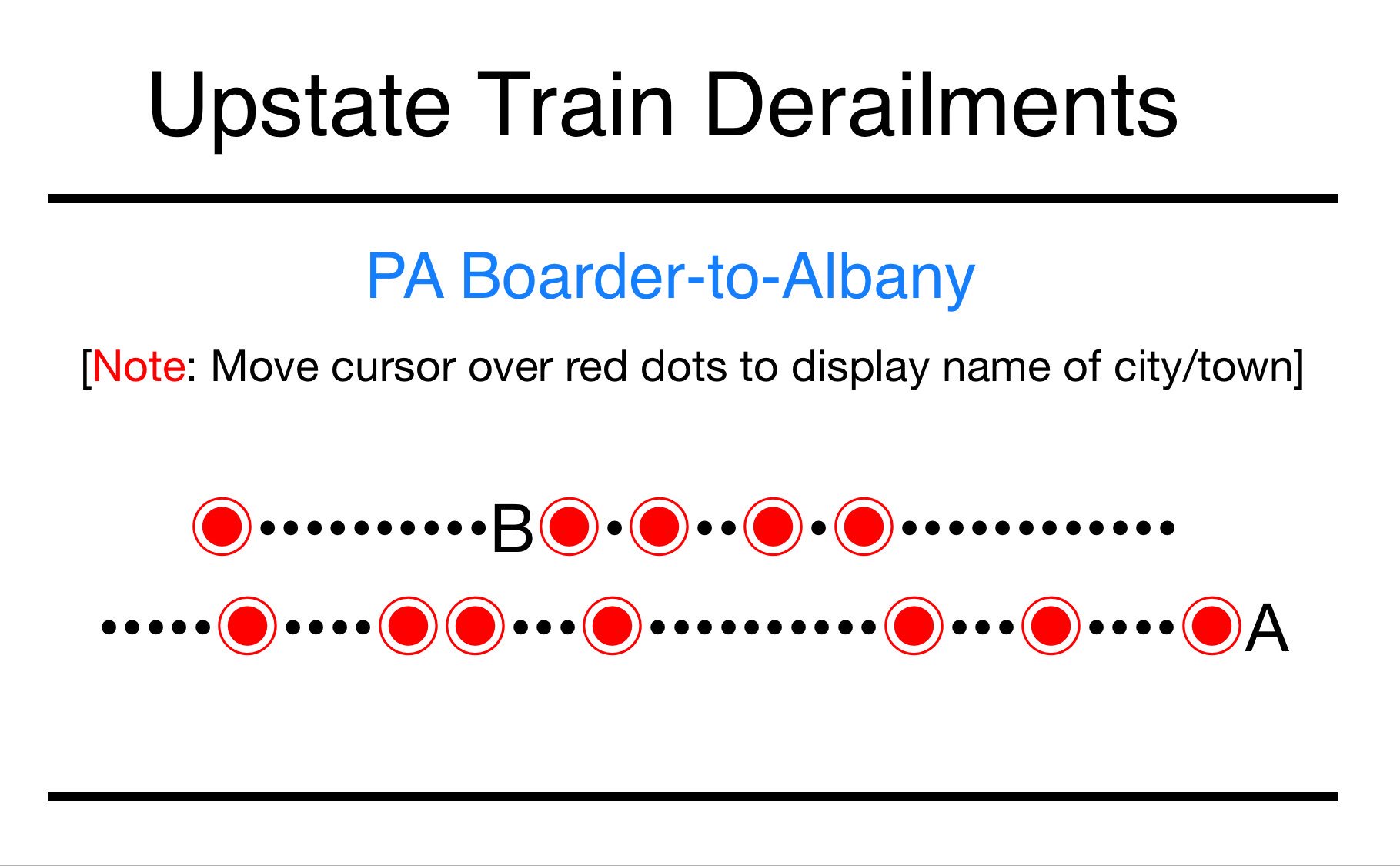 GOVERNMENTS & HOSPITAL ARE ON NOTICE:

How many serious train accidents and derailments have occurred along this Upstate New York, Ripley-to-Troy, route? https://t.co/oiFRG2lMvn We've investigated and will be reporting... pic.twitter.com/EvU4Imuofc

Rail safety has certainly improved since early railroading days, but even after 223 years (1795 to 2018) safety is never 100% certain and very damaging accidents make headlines weekly or daily. One such occurrence was witnessed just 25 miles east of Utica On March 12, 2007, In Oneida,

Look at a summary of so-called "#BombTrains"

This Upstate Freight Train Route Not Compatible With Hospital

Information and newspaper reports on these railroad accidents were collect via; Oneida County History Center, Utica Public Library, Internet searches, and NTSB Railroad Accident Report Database. We are collecting reports on this Upstate route, however Other New York Tracks Report Derailments as well.

View our postings on Railroad Safety And The Downtown Utica Hospital Concept. Use this New York GIS Mapping to zoom in on tracks throughout Upstate.

We are not seeking to incite fear, however Utica and Oneida County must heed the danger as shown in this, Oil Train Explosion Timeline. Learn about Derailment Prevention & Protect Solutions by BNSF.