The St. Luke's Campus is part of the newer Faxton-St. Luke's Healthcare (FSLH) merger and the plan to combine three hospitals into one is not complete. The St. Elizabeth Medical Center remains a separate entity and accordingly, Utica has three main entities; Mohawk Valley Health System (MVHS), Faxton-St Luke's Healthcare (FSLH), and St. Elizabeth Medical Center (SEMC), as well as divisions for home health, a visiting nurses unit, and nursing homes. The College of Nursing is seperate as well as other affiliated offices.

A New Regional Hospital Was Easy

We have very serious healthcare questions as to why the MVHS Board of Directors proposes walking away from the Oneida County Medical District (OCMD) which is already established here, see the OCMD.

This hospital was build of farm land. Take a look at this Champlin Avenue site (St. Luke's in top, left, corner), prior to Utica College's construction.

Per this newspaper article the hospital campus owns a lot of land, like The campus is on green hilltop with great road access, opposite Utica College's Health & Medical programs. So why would they even start considering a small Downtown Utica parcel - where they would become land-locked?

These programs and services are not currently in the hospital building. Rather, the physician offices are in the professional office building and the Acute Inpatient Rehab unit currently resides in the nursing home building.

September 18, 2018 - The new hospital should not bulldoze Downtown Utica, when the healthcare positives are all at the St. Luke's campus...

Nothing can make this good. Their downtown concept would just be a large box and a Sea Of Parking

June 27, 2016 - "Our hospitals are old, 60 and 100 years old..." That's all they say, but when we ask why, and seek their studies, and reports; we're given no facts and simply told, "Utica's hospitals are old..." Yet they don't plan to close Faxton, St. Elizabeth's and St. Luke's each have many new additions. Bulldozing 34-acres is easy when you have $300M of taxpayer's money, but providing great healthcare (even in a new building) or an old building is hard. It is also hard to confirm just how old a hospital is...

Did you guess correctly? Actually it requires some math. St. Luke's like just about every other hospital is built in stages, much like families are! Some parts older and other parts much newer... pic.twitter.com/qdJ1WRFk8C

We must demand studies, especially with headlines like this Child Care In St. Luke's ER Called 'Dangerous', because new buildings do not fix such problems!

October 15, 2017 - "Population Centers" are not municipal lines on maps, they are clusters of people within regions. That said, St. Luke's is for all practical purposes - relative to population masses - "in the City of Utica"...

They say "wetlands" prevent new hospital construction at St. Luke's, however our shopping center and Walmart was not hindered by wetlands... 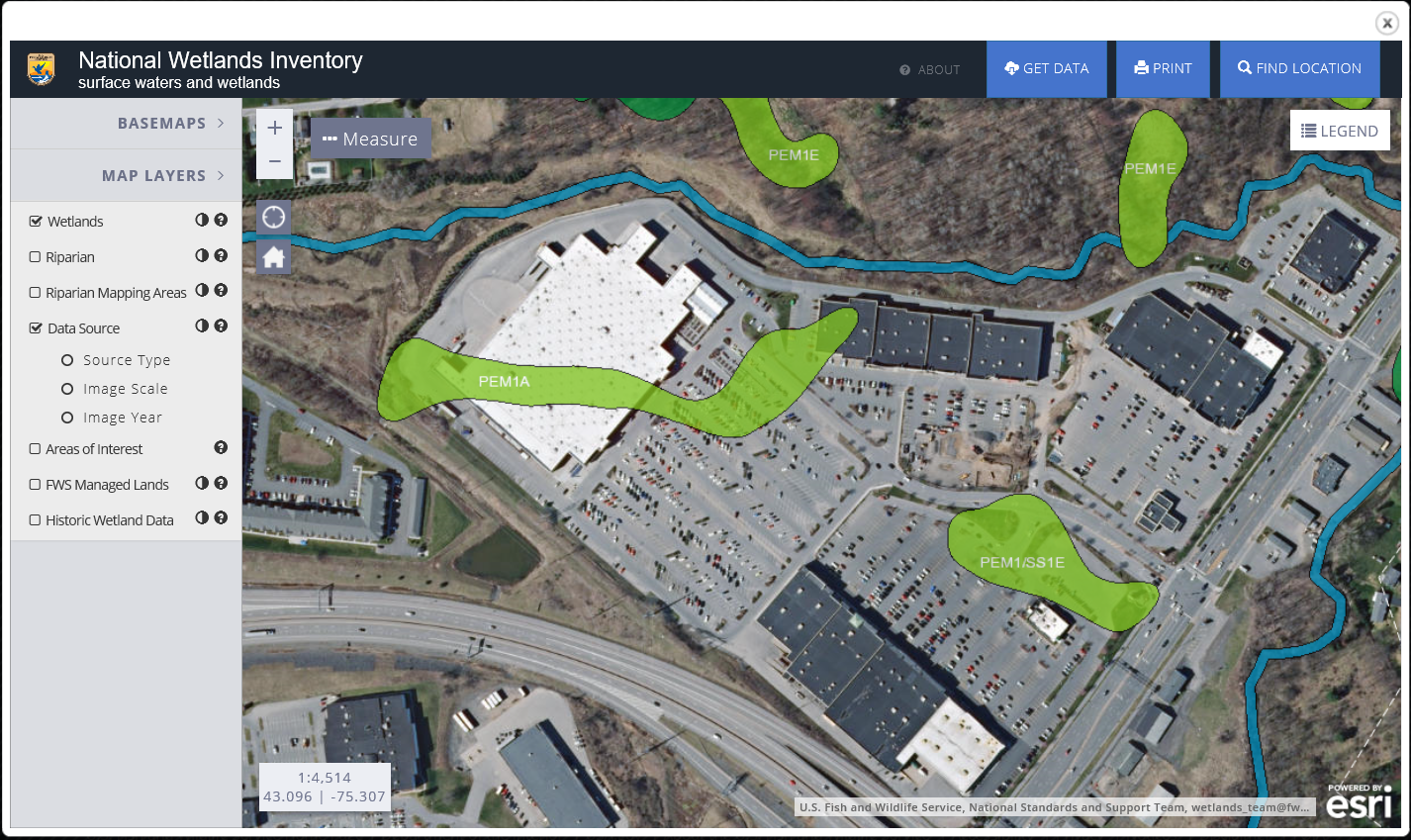 Walmart Builds On Wetlands, New MVHS Hospital Could As Well!

September 24, 2017 - The City of Utica is better off without bulldozing downtown, as 35% of property is already off our tax rolls. Hospital boards have purchased land for twenty years for expansion, today St. Luke's has 64-acres available...

If St. Luke's hospital was to close, what would take its place? Would New Hartford build new, tax-generating, properties opposite Utica College? Very likely, and that would come as Utica further destroys its tax base - with the 34-acre non-profit hospital booby prize.

July 12, 2017 - SEVEN! This is the number of access paths to the current St. Luke's Campus: 6 vehicle routes, plus 1 helicopter! Use one to build new hospital!

Access to the hospital is good, and has been improved since its opening. So many access points, means one or more could be used for construction vehicles to build a new hospital, without hurting access for others.

August 24, 2017 - If one looks at MVHS's service area of Oneida, Madison and Herkimer counties, St. Luke's is centrally located to the Population Centers. The following "heat map" shows this...

Our group has asked for three years, "May we see a map of the hospital's service area, a Population density map with the centroid of that population?" No map has been offered. Residents deserve the studies that the hospital used in making their decisions. Taxpayers deserve facts about the hospital, especially in exchange for the $300M of taxpayer funding.

Land was part of the Utica State Hospital's expansive farmland. It was prime land for a hospital, what has changed?

July 13, 2017 - Note that our illustrator mixed-up the two colors (for the House of the Good Shepard and Friendly's Ice Cream), but you understand the message...

May 19, 2017 - So the close St. Luke Hospital, what of the energy cost increases to Utica College and St. Luke's Home Co-generation Plant Can't Operate Without Hospital, costs to rise...

The fact remains, the MVHS Board of Directors unanimously approved TWO sites for a new, Downtown Utica (where they own zero land) AND the St. Luke's!

April 5, 2017 - Is the Utica media ignoring facts, just asleep, or working on a different agenda...

Here's Another Image To Explain This, and across from a growing college with nursing and medical programs!

Look at the following image of St. Luke's. You will see that they've added-on many times before, Can you spot the original St. Luke's Hospital?

You can clearly build new hospitals/towers next door and attached to existing hospitals. Another example...

The Mohawk Valley Health System says they on their green 64 hilltop acres. Yet they're looking to move into a small inner-city setting that would displace 40 businesses, and leave no easy room for future growth. Their arguments are false...

Also in 2009 (time of the article), hospital officials said, "the project will help accelerate revitalization of the surrounding Prospect Hill neighborhood." That was untrue, while as healthcare expanded, this past summer we took pictures of blight, vacant and partially vacant buildings, and generally a very poor surrounding neighborhood.

October 15, 2016 - Utica Hospital CEO Says They Can't Build New Hospital Next To Old Hospital We have to wonder where he gets his information, as that claim is false. There are numerous hospitals that add-on and or build new hospitals side-by-side old facilities.

May 11, 2016 - The hospital has never shown residents a Population density map showing the center of the MVHS's service area. We offer this...

We'll suggest you contact the leading advocate of this ill-conceived concept, New York State Assemblyman Anthony Brindisi. Reach him by E-mail, by telephone (315)732-1055 or address him on Twitter @ABrindisi119